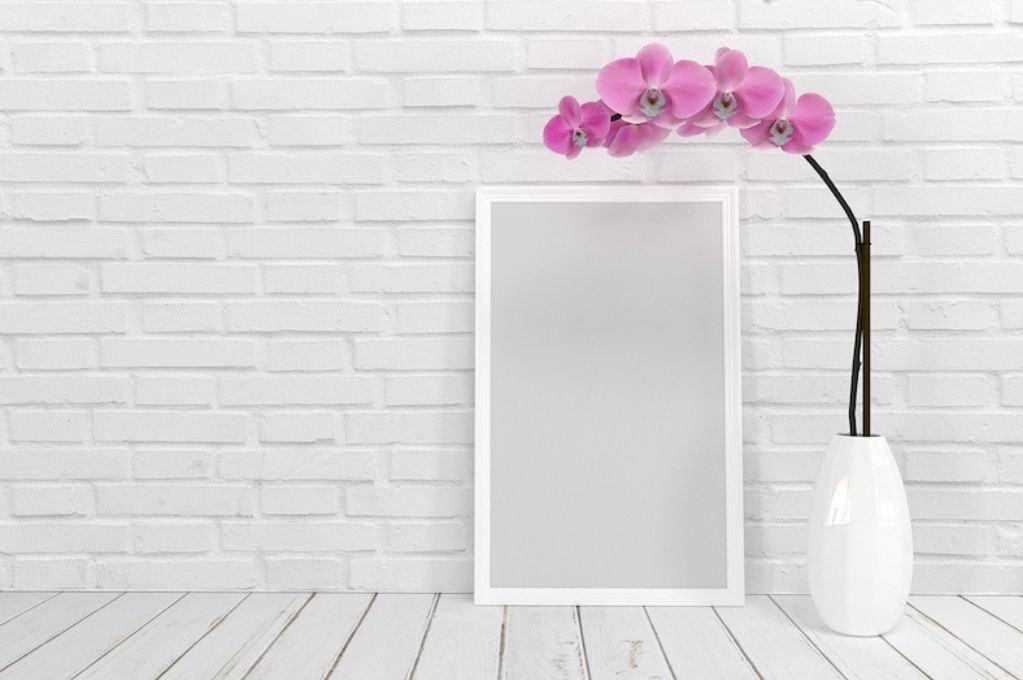 Scandis love white interiors. It’s what Nordic interior design is famous for. Here we show why: it’s about peace, light and ‘making things work’… It’s about tidiness and detail. The quick answer to the question why Scandinavians have white walls is, probably, that the colour white just works with everything. On the colour white you really can get creative and make the pastels pop and the chrome shine. Scandi decorators and home owners tend to add more white or beige or possibly cream to vamp up the look. But why the obsession with white walls? 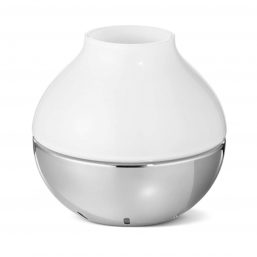 One of the most Scandi luxury brands - the clean lines and colour scheme of this hurricane candle holder is unmistakable. 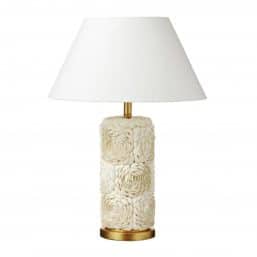 The shells featured on this gorgeous costal-style table lamp have been carefully arranged in the shape of roses. It's stunning... 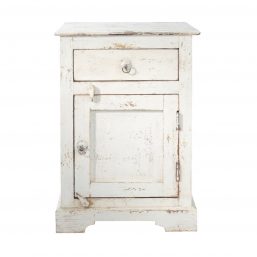 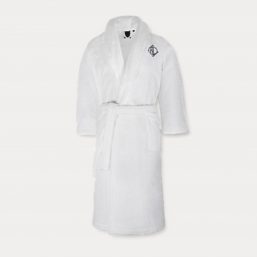 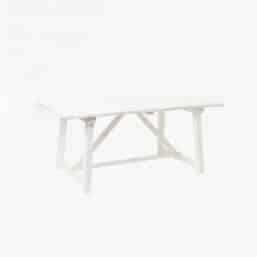 One of our favourite interior pieces, this white rustic country style table is full of summer feel and happy memories. 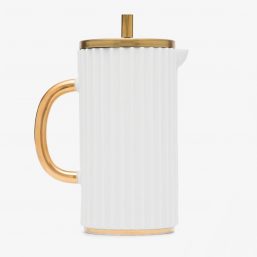 Uber-stylish French plunger is carved from porcelain with a fluted design inspired by classical architecture.

Perhaps it’s a reflection of our closeness to nature, and a way to let in and reflect natural light in our homes. Anyone who has visited the Mediterranean island of Sardinia will remember vividly the pink/turquoise colour combination. It is a theme that runs through many of their interior decor choices to stunning effect. Only a hundred years ago Nordic homes were darker too, with chunky furniture and “spraglet”, or multi-coloured accessories spread across table tops and shelves. The white theme was far removed from practicalities of the day. In the 19th Century when the Danes were closer to nature due to farming being the main method of income, the white palette was as impractical as could be. Back then, pale was still the choice of wall covering – but often in the form of patterned wall paper or a darker creamy, magnolia colour.

Today the white theme rules – even though it is a palette far removed from the hygge environment we’ve come to know so much about. Cosy Christmassy colours have come to be associated with hygge – that feeling of warmth and indoors – but hygge is actually more about the internal life than the interior decor. And we do like mixing colours with our white palette – the trend called Scandi Boho which mixes the severe Scandi aesthetic with boho finds from travels abroad has grown in the last 20 years. 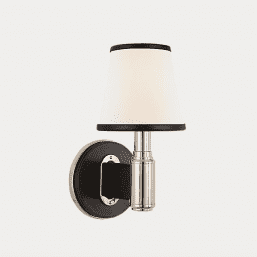 Beautifully simple and well-designed lamp - ideal for bedside or office space with a linen shade finished with leather trim. Available to order only from the Bond Street store, UK. 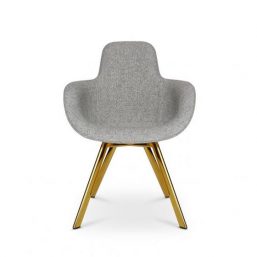 Originally designed for the Royal Academy of Arts restaurant in London, this simple dining chair is in itself a work of art. Pure and simple... 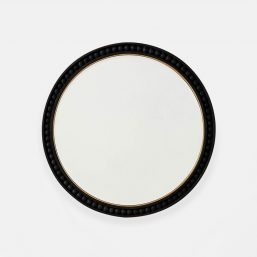 A simple wall mirror with beaded oak frame. Despite the minimalist look each mirror is unique and exquisitely crafted.

In terms creativity, Denmark has become the go-to nations for trend spotting. Think of brand names such as Pandora jewellery, Day Birger et Mikkelsen fashion and Noma, the best restaurant in the world no fewer than three times. Plus The Killing TV series, The Bridge, the minimalist Skagen watches, Skandium furniture and more.

These new names are in addition to Danish classics such as Arne Jacobsen furniture, Poul Henningsen and his PH lamp, Bang & Olufsen, Bodum the coffee maker and Georg Jensen silver. Thay have all had a huge influence on both British and American design culture.

So why the colour white, why do Scandinavians have white walls in their homes? Who invented this trend? The answer is that the trend evolved as a way to reflect natural light around the room before the PH lamp was invented – which is a genius for spreading light without stinging the eye.

And it reflects the Scandi character trait of ‘less is more’, pared down functionality and ‘keeping it safe’. White is a safe colour against which to build a happy, balanced and drama free home. It also complements colours in nature, brown, green, blue.

Six reasons for the Scandi penchant for the colour white: 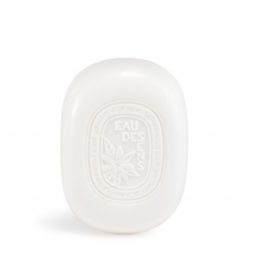 A plant based hand soap, with sweet almond oil - gives you a delicate fragranced foam: lively, floral and delicately fruity. Good enough to eat (no don't!) 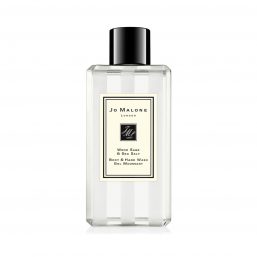 A body & hand lotion that is easily absorbed to hydrate and condition, the skin. While fragrance-diffusing properties help radiate scent from the skin. 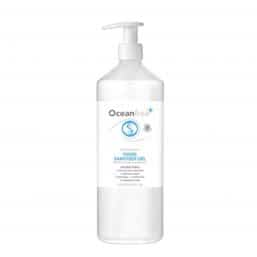 Made in the UK surgical-grade hand sanitiser with high emollient content that reduces the drying effect on the skin. Easy to use in a beautifully simple bottle.

Prices vary according to size.

Explained – No Drama in the State of Denmark 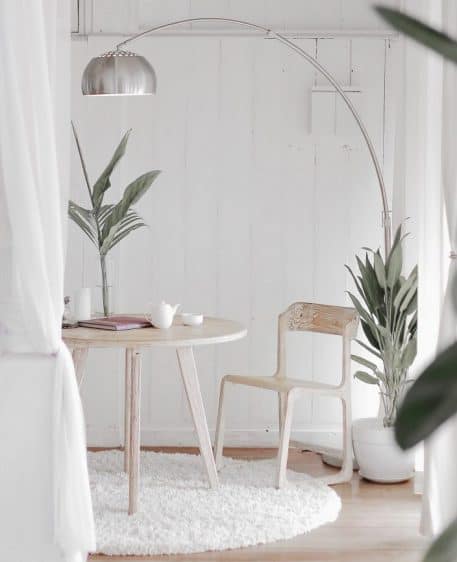 Scandis famously crave minimal friction in their lives, in society and in their homes. While other nationalities thrive on high drama, the Nordic countries are famously under the radar. Danish society has been constructed over the last 100 years to function on minimal friction between its people and between the state and its people. Efficiency, simplicity, predictability, functionality are keywords. As in design. We thrive on on easy living.

Understatement, White Walls & Janteloven – Sticking your Head above the Parapet

Safe and sound defines the Nordic counties and people’s way of living, tapping into the Danish Jantelov, which dictates that nobody should stick their head too high above the parapet. Safe and sound in interior design doesn’t come safer than the colour white. But place a baby blue cushion on a white sofa against a white wall and everything pops.

Abroad a colourful figurative painting on a wall covered in floral or stripy wallpaper or tapestry and rich tassels may be a common sight in some homes in the United States and particularly in the United Kingdom. In many cases it looks good. Scandinavians are moving towards a more experimental minimalist look – but many would find the tassled look “spraglet” – a Scandi favourite word for over-the-top.

Unlike the British and the Americans who display lots of accessories, vases, picture frames, souvenirs, heirlooms and other ornaments on corner tables or consoles, we Scandis keep it simple and functional. Accessories and ornaments are rarely functional – they don’t serve much practical purpose, hence the minimal look of Scandinavian interior design.

Hygge – The opposite of white Wall Obsession

However, the white wall trend and the look of Scandinavian homes – particularly Danish homes – has little to do with the trendy Hygge theme.  In fact, hygge is quite the opposite of the trademark Scandi look. Hygge is a feeling as opposed to a look. It’s about warmth, incimacy and cosy of feeling content and being happy in the moment.

And to create these hygge moments you likely need candles, a fireplace and a drink plus the warm, darker colours of a winebar or restaurant. That way people can huddle together against the elements and the outside world. But that’s another story all together – read our lifestyle blog on Hygge, what exactly it is and how you too can create your own version of hygge in your home. 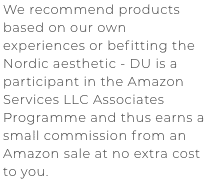