How to pick stylish Heaters for the Living Room

One of the first things I check out when viewing a property is the heating system – if it’s gas heated it gets replaced first thing after moving in. So how to pick stylish heaters is already infinitely easier. Gas and some fireplaces and systems are both unsightly and can be dangerous.

The cost of ripping out a boiler and radiators plus the cost of buying and installing a new system is considerable. But – apart from footprint and eco considerations – there have been too many accidents involving carbon monoxide poisoning and gas explosions.

Gas boiler are mainly seen in older, Victorian buildings – of which there are many in the UK – and removing them is usually messy and best left to professionals. Ripping out the boiler leaves a trail of dirt and snipping off heaters in the different rooms often leaves part of the piping sticking up through the flooring. The pipes can be chopped off below floorboard level, but in case the next buyer changes their mind….

Once the boiler and old heaters have been removed, however, using electricity is, in our view, cleaner and safer, even if the choice in el-heaters may be smaller. Perhaps not for long: technology is moving fast and new styles and safety measures pop up regularly.

There’s a vast range of heaters on the market, some old fashioned and many super high tech that look like a work of art as much as functional. There’s infrared panels and remotely controlled solutions plus mobile heaters plus of course the invisible under-floor heating… Underfloor heating is less easy to control than a simple dial or timer on a panel.

Ironically, our favourite heaters are the large old fashioned, metallic chunky clunky column radiators of the 60s. They are so large and protruding they can serve as a console space – for a perfect Scandi Boho look. Although they are mostly designed for a central heating systems, they are distinctive and add a vintage feel to the room – very Scandinavia of the 1950s-70s. 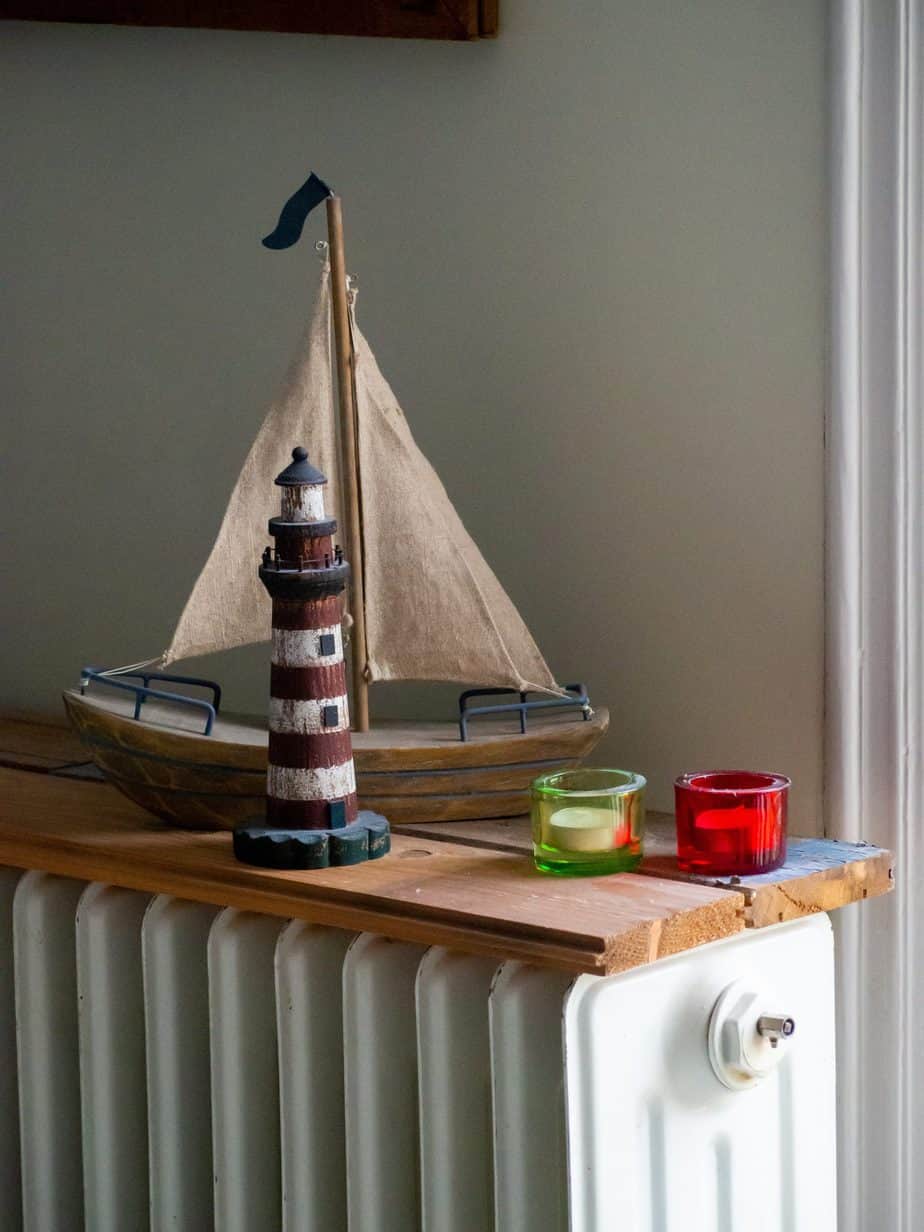 Another favourite of ours is the table top, or space heaters which are perfect for storing away, out of sight in the summer. And they do the job of keeping us warm at our work-from-home desks in the winter or standing on the side table as we snuggle up in the sofa with a good book or to watch a movie.

They come in all shapes, sizes and colours and of course are a super addition for those on a budget who don’t want the costs involved in reconfigurating the pipes and entire heating system.

Where can you buy stylish Heaters?

Almost every high street will have an electrical goods shop or store that sells some form of stand-alone heater or staff there will know where to find a shop that does. Amazon also has a massive range of heaters with swift delivery and return policy: check below to view range and prices.

Fan heaters with several settings and a safety cut-off to make it perfect for the bedroom as well as the sitting room, is among our favourite. They come in different colours: usually pink, black and red – are table top, lightweight and feature a carry handle.

But there are many alternatives in design, features and safety measures – a hugely popular heating solution – check them out on Amazon.

Where to place Heaters in the Room

The problem with central heating is that the radiators are fixed, either to the floor or walls, and immovable. And often they’re fixed below drafty old windows so that the heating seeps out, and behind floor-to-ceiling curtains: a waste of warmth and money. Sometimes they’re even boxed in by wooden constructions which are meant to be smart.

To make matters worse, sometimes the heater is hidden behind the sofa, simply because there’s nowhere else to place the sofa, again wasting energy and money. But enough of the don’ts…here’s where we’d place our radiators.

It helps with electric plug in heathers which can be placed anywhere on the walls – if it’s too far from a plug, then use an extention lead. I pick a neutral and as flat and unfanciful heater as possible that won’t detract from other wall accessories such as shelves or consoles.

Then placing it somewhere it has the best chance of heating as much of the room as possible, away from obstructions such as heavy chairs or behind doors. Fixing it to the wall near a favourite reading chair or sofa where friends and family congretate.

Our go-to radiators for max heating and a minimal look

When faced with safety vs. aesthetic it can be a tricky walk getting exactly what we like – often we end up with a fixture that is not quite up our Scandi street but it is an area where we have to be guided by safety first. 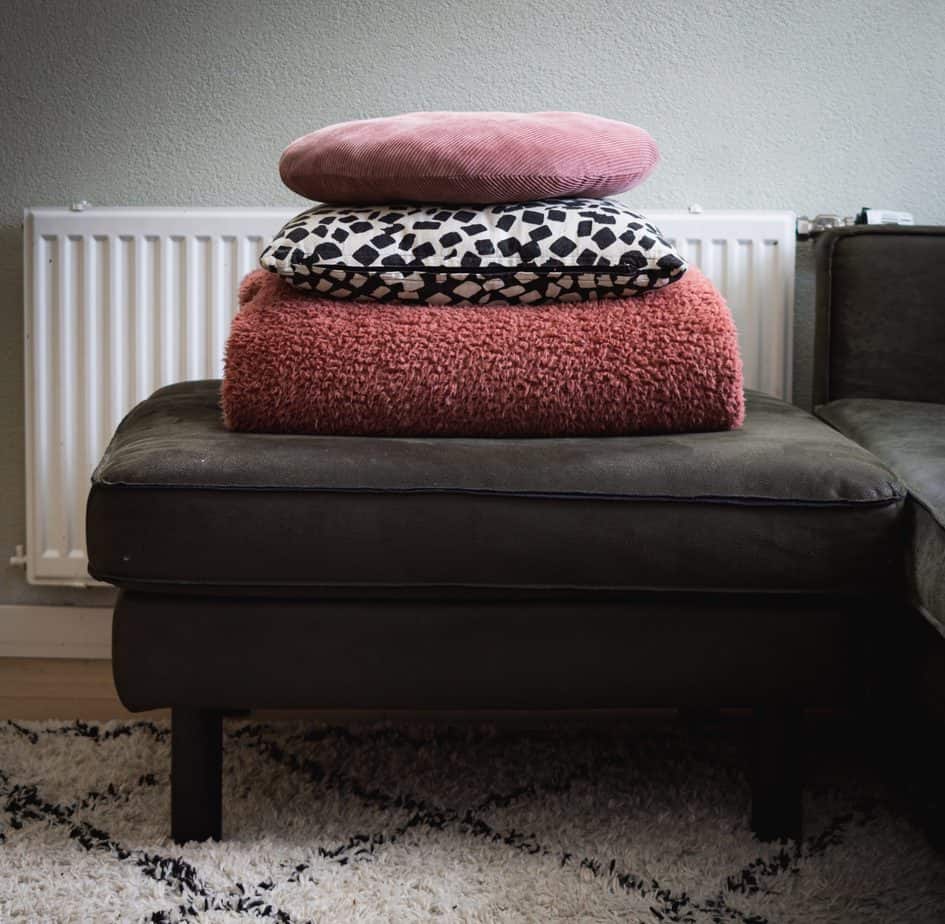 So how to pick stylish heaters: We/I pick the wall mounted plug-in radiator which comes on at the flick of the switch. Some come with timers. They are far and away the ones that lead to fewer heating problems and if the heating does play up it’s easily replaced. It’s the perfect DIY solution…

As more and more people become footprint-aware and safety conscious around the issue of heating, I think central systems my one day be fazed out alltogether and quick, easy heating solutions may one day become the norm.