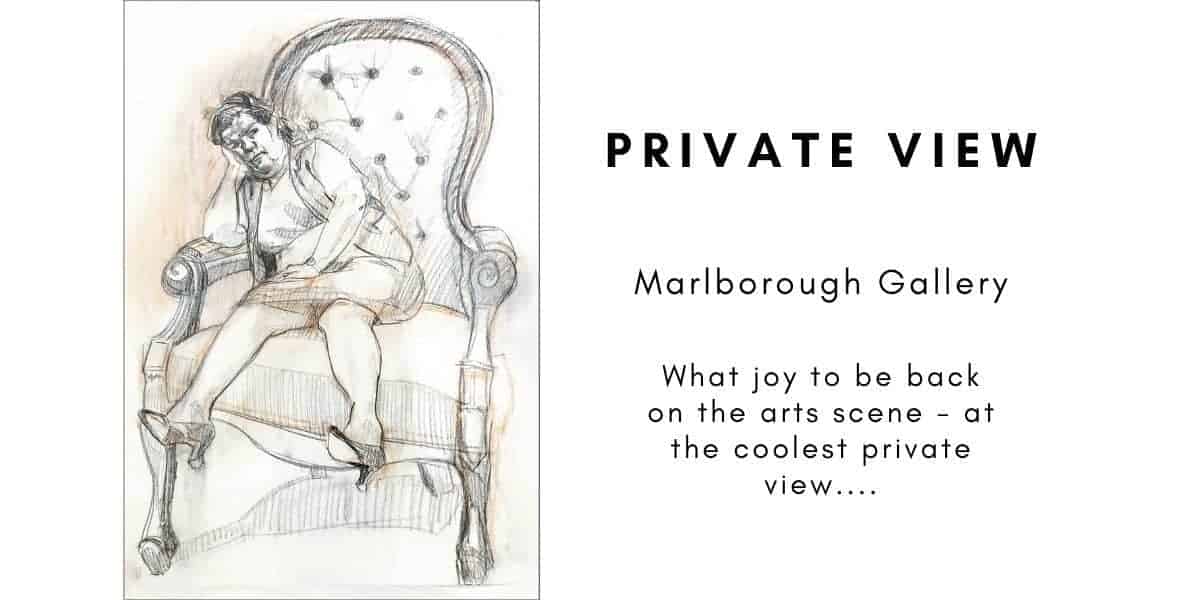 Gillian Ayres at the Marlborough Gallery in London

Joy to be back on the arts scene after lockdown! London’s Marlborough Gallery in Mayfair was among the first with a cool private view, lots of ice cold white wine and a refreshing collection of the late Gillian Ayres’ large-scale paintings and works on paper.

Ayres’ style is / was exactly what we needed after so many months of gloom – lashes of thick oil paint on canvas, bright breezy colours and seemingly just a little bit out of control. A bit on the wild side…

She was, experts say, one of the most accomplished and influential British artists of the 20th century. Many of the pictures on show have not been seen for decades – and they are the result of her newfound freedom and happiness after she resigned from her day job as a teacher and recovered from serious illness. She dedicated the rest of her life to painting – she often spent several months working on one canvas.

So anyone looking to invest in something for those big, white walls could do worse than buying into Gillian Ayres who lived and worked in England and Wales from 1930-2018. See some of her paintings below…..

So thrilled were we to be out and about, talking art and lockdown with fellow private viewers – and there were quite a few new and old faces, including the BBC’s political broadcaster Andrew Marr and Lord Bethell – that we sneaked upstairs at the Marlborough Gallery to see what else was on offer – glad we did! The collection of sketches and paintings remined us of what the London art scene used to do so well…naughty, funny and pretty! It was Paula Rego’s wicked paintings poking fun at whatever pleased her. Here’s our favourite – a painting that would complement even the most modern, minimalist Scandi openplan decor….

Drawing on paper by Paula Rego at the Marlborough Gallery, London 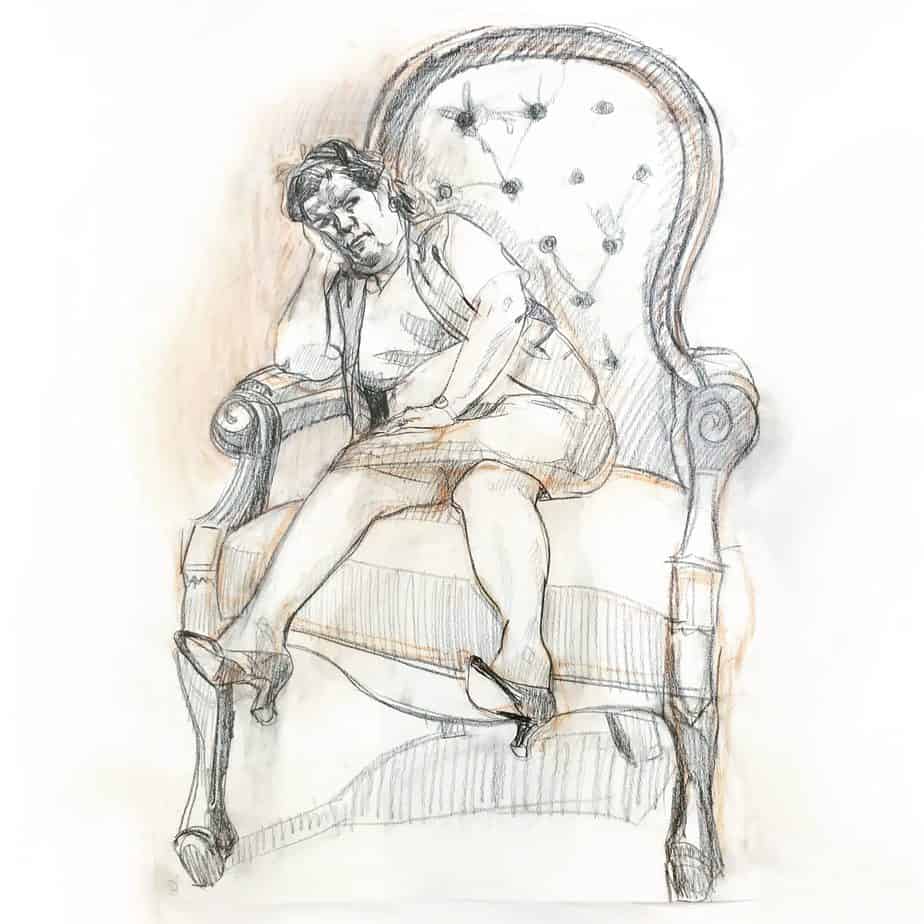 Oil Paintings by Gillian Ayres at the Marlborough Gallery in London 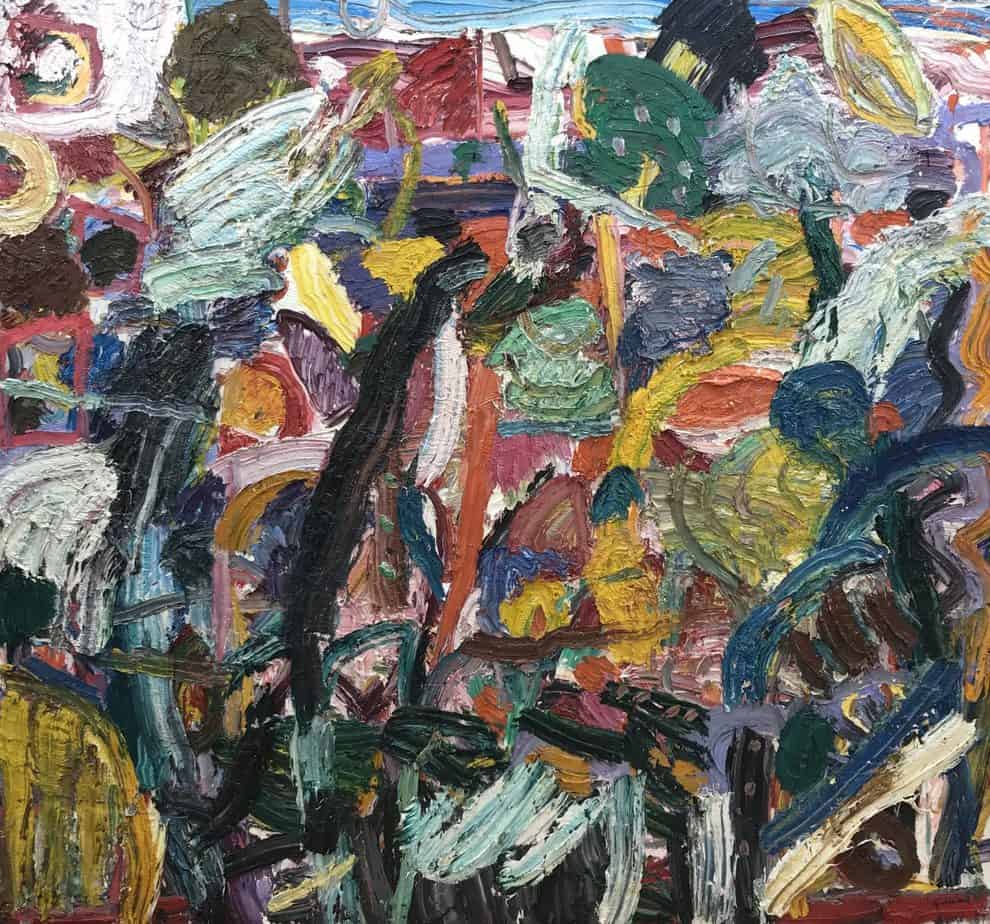 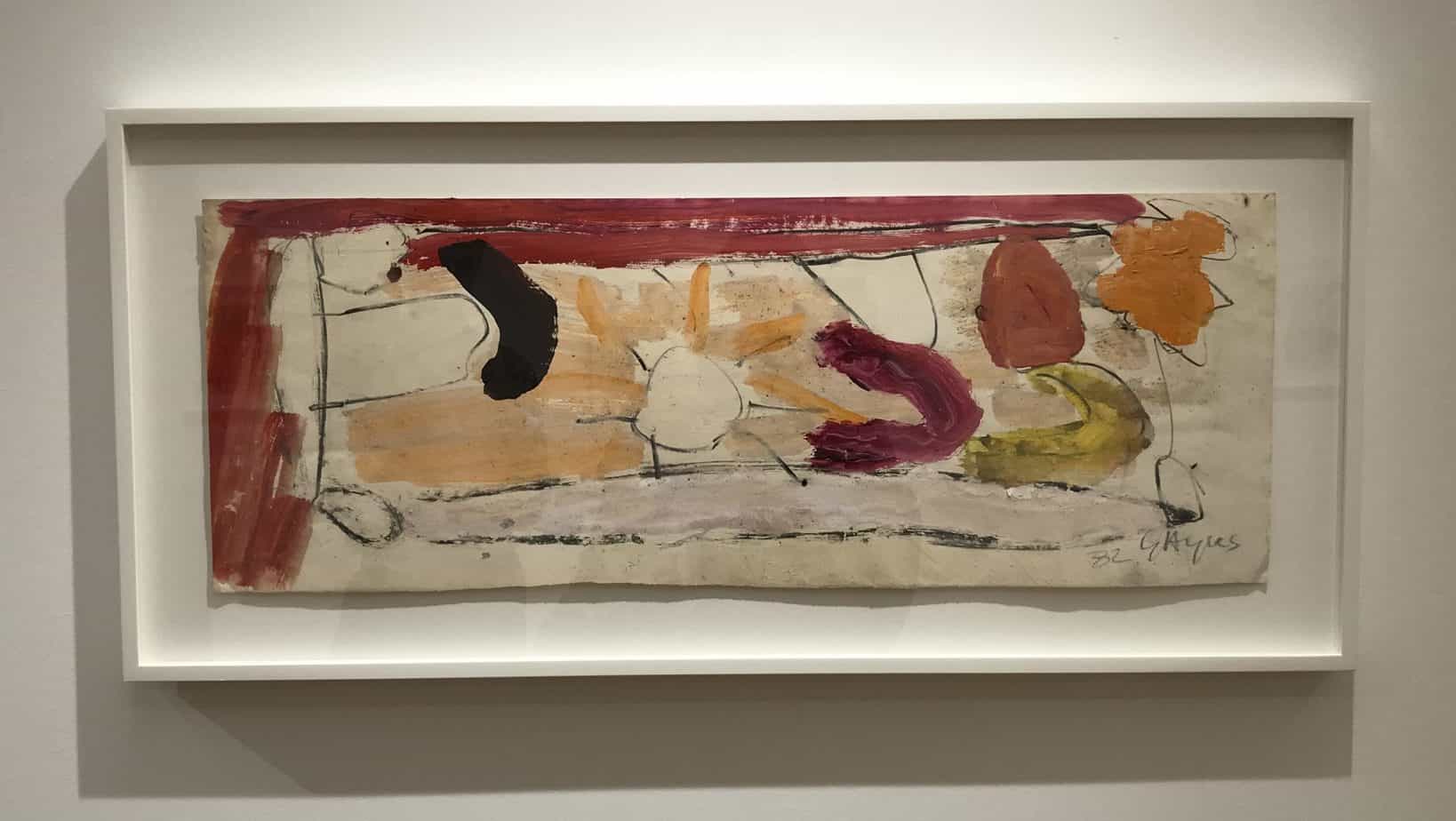 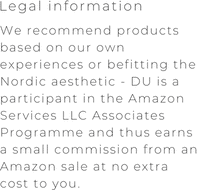