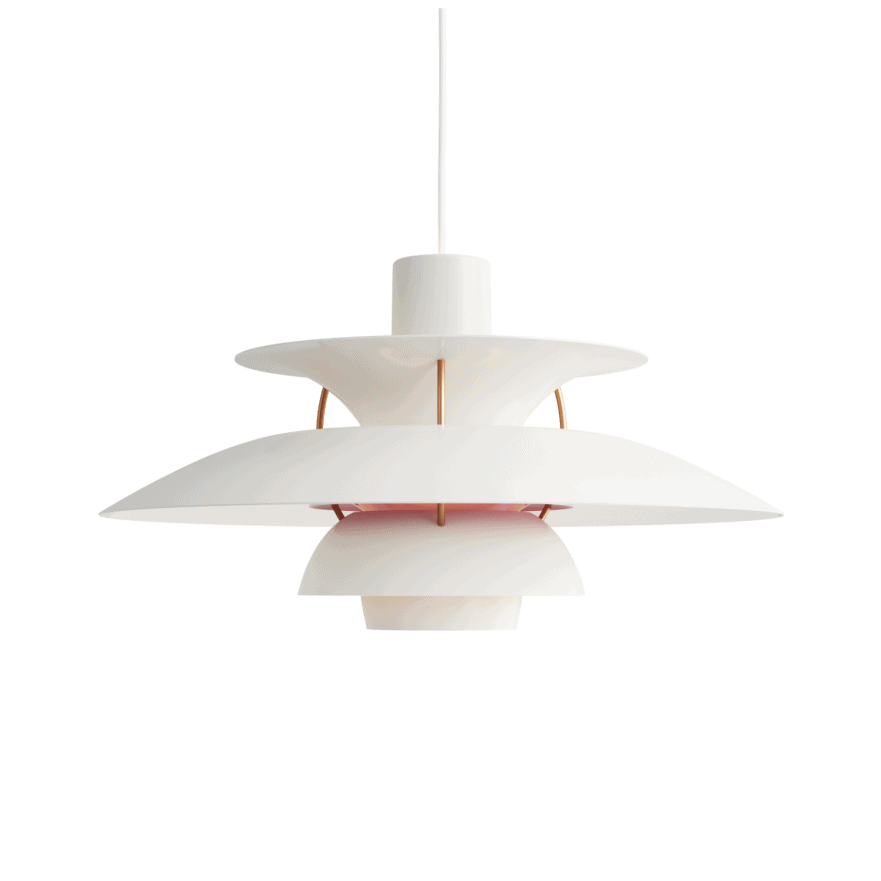 Classic design never goes out of fashion. Danish Modern: 4 Pieces that Changed the World shows how those designs have influenced the way we live today.

Only now is Danish design at the forefront of interior design, but the look has quietly influenced professionals for decades.

Quality materials and functionality came first – from that flowed everything else. That is the Scandi way – no big arm movements, no flashy ideas, just a quality foundation and then everything will fall into place.

As Danish Cuisine changed and TV shows like The Killing emerged, ‘Danish Modern’ came back 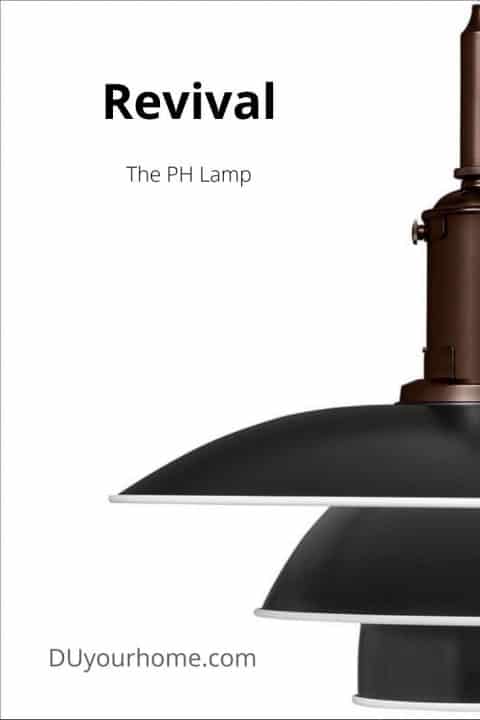 And Danish design is still driven by the founding fathers of minimalist design from the 1920s up until the late 60s.

Don’t miss the strange beauty of the PH Lamp – a Danish classic which hangs in almost every home here – CLICK HERE to view the original on Amazon. 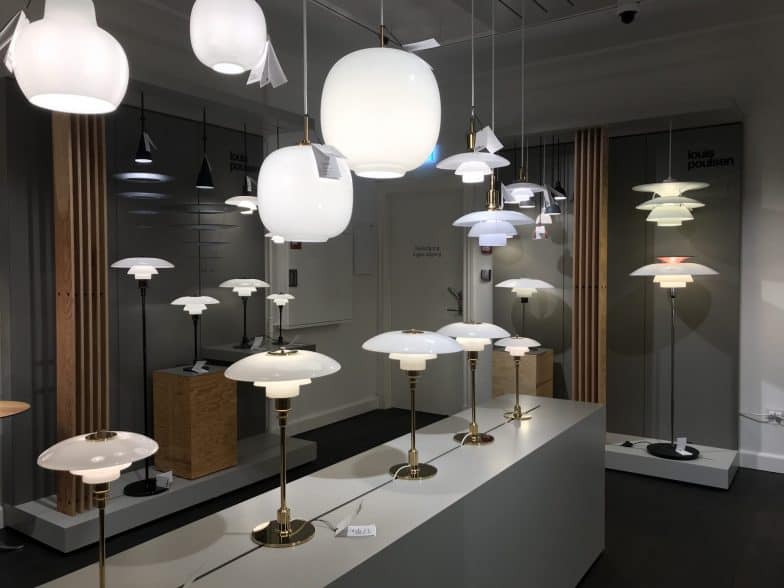 The two most famous designs in Denmark, the ones everyone has heard of and which are still in huge demand are the PH lamp and the egg chair.

Anyone would be hard pressed to find a home in Denmark that doesn’t have at least one PH lamp – over the dining table or the coffee table. It is as given as having running water.

The PH lamp is not an extravagantly beautiful lamp. But it has ‘something’. There’s a simplicity and understated elegance to it. And the design, which will have been tested to the nth degree, distributes the light in a magical way.

Designed by Poul Henningsen, whose initials gave name to the piece, cleverly hides the source of light, the bulb, no matter from where you look at it.

It is arguably the most iconic interior design piece to come out of Denmark – the Sydney Opera House, designed by Danish architect Jørn Utzon, is the most famous outdoor design – and opened the eyes internationally for the pared down Scandinavian aesthetic.

It paired beauty with functionality and changed the way we look at our own home decor. 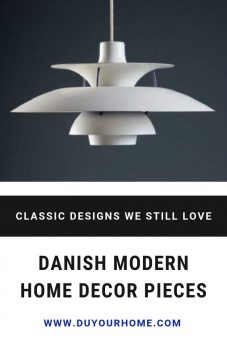 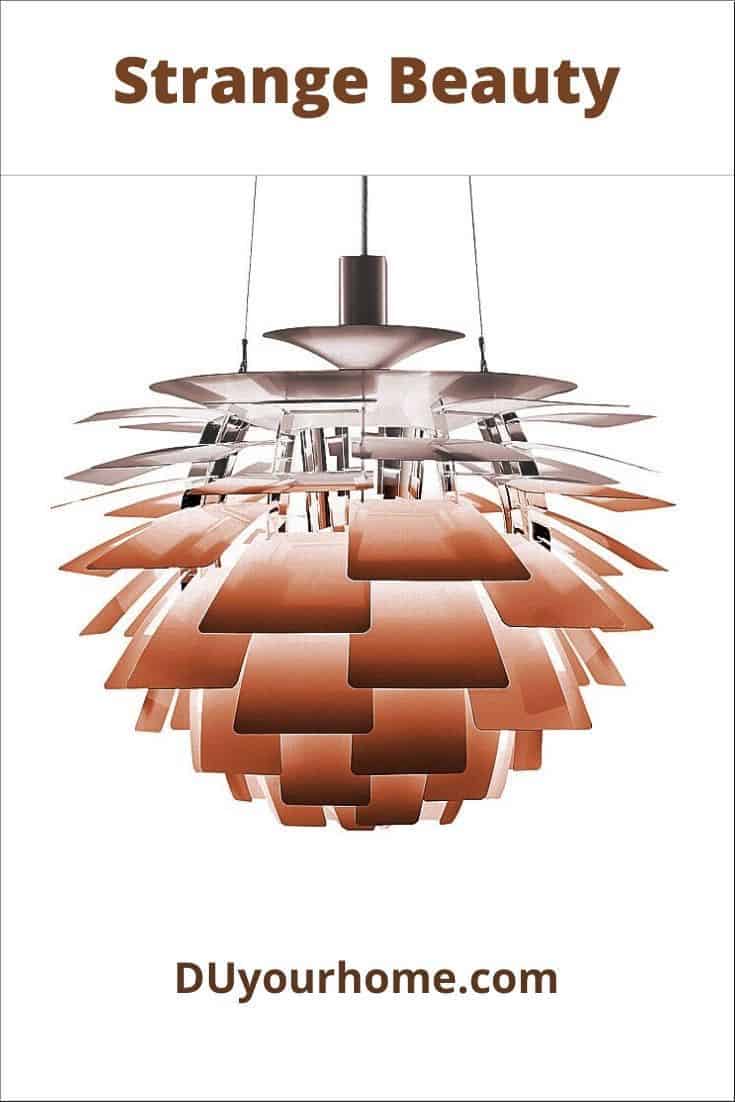 A younger generation, more into glamour and girly chic than cool functional design, banished the lamp from homes for some years.

However, as we got more experimental and confident in mixing old with new – the PH lamp made a comeback. No doubt it will stay with us forever. 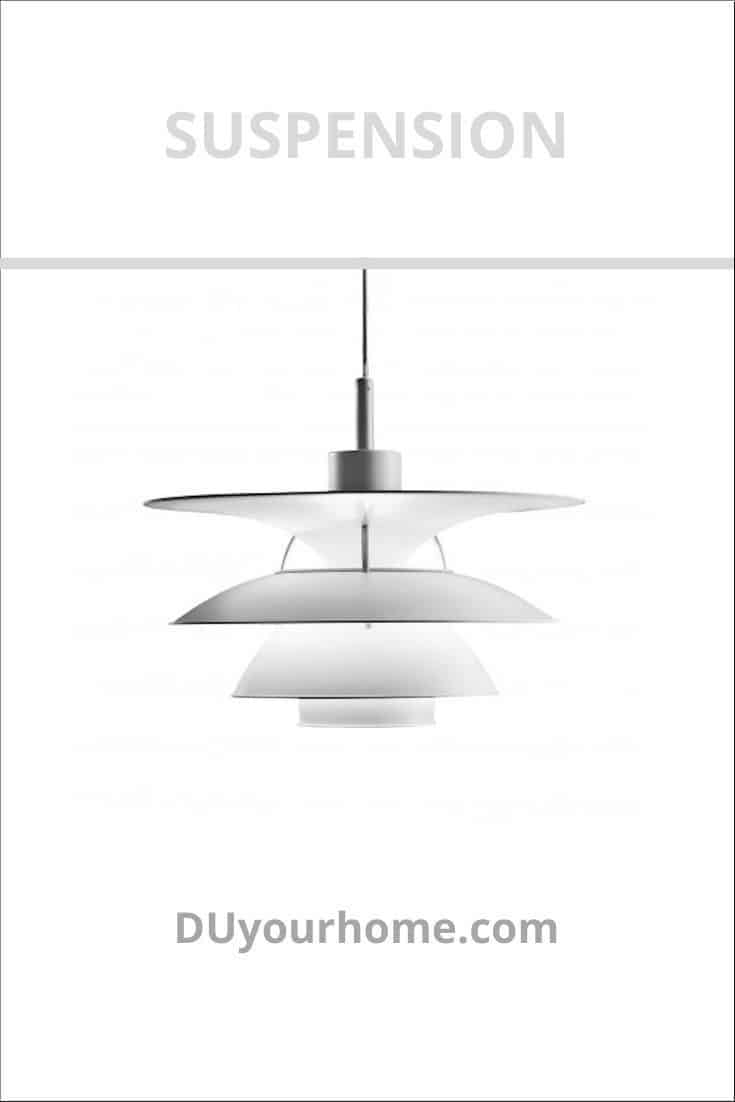 The egg chair (pictured below), looks more like a cracked egg, appears uncomfortable at first sight. It looks like a piece of sculpture rather than a piece of supportive furniture.

But designer Arne Jacobsen used state-of-art technique and some older methods to produce this chair back in 1958. His name has almost become synonymous with the word itself. 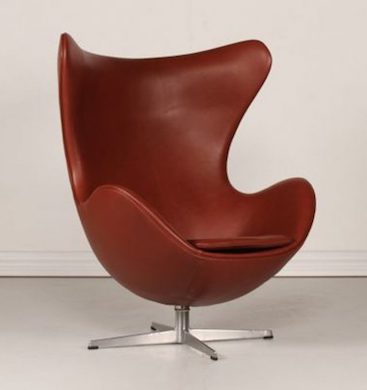 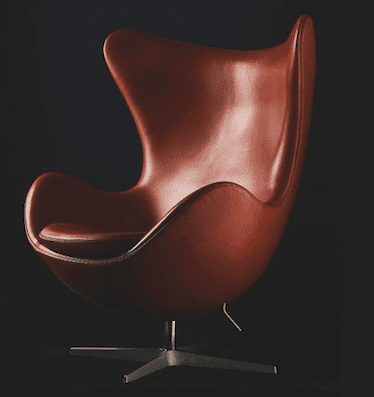 Changing the Design World – How Arne Jacobsen practised with Clay

Back in the mid 1950s Jacobsen developed his unique new egg design by practicing on lumps of clay in his own garage. To get the egg shape – which was to contrast with the strong angular shape of rooms and buildings – to fully support the back and the rest of the human body, he experimented with new upholstery and a strong shell underneath.

The four star foot was also a new quirk at the time, which helped the chair stand out.

Additionally, the ‘blinkers’ by the head were to give the person more privacy sitting in the chair – it was originally designed for a hotel reception and the cocoon shape was meant to make the person feel cosier.

Today the egg chair is not just in hotel lobbies and office buildings – for instance at San Francisco International Airport and in the diary room chair in the first UK series of “Big Brother”.

The name Arne Jacobsen has become almost synonymous with the word chair and his Egg chair is now seen everywhere.

It is also a hugely counterfeited product – you’ll see copies in different versions.

The egg chair’s uber chic and part futurist, part retro look is also back in vogue – and where in the booming 80s and 90s it wasn’t quite on trend, it’s now become a statement piece sitting well with old world decor and the pared down minimalist.

Nanna Ditzel – more of whom later – took the Egg Chair to the next level. Ever the off-piste thinker, she produced the Hanging Egg Chair, a super hit with the more laid back crowd in 70s Scandinavia. 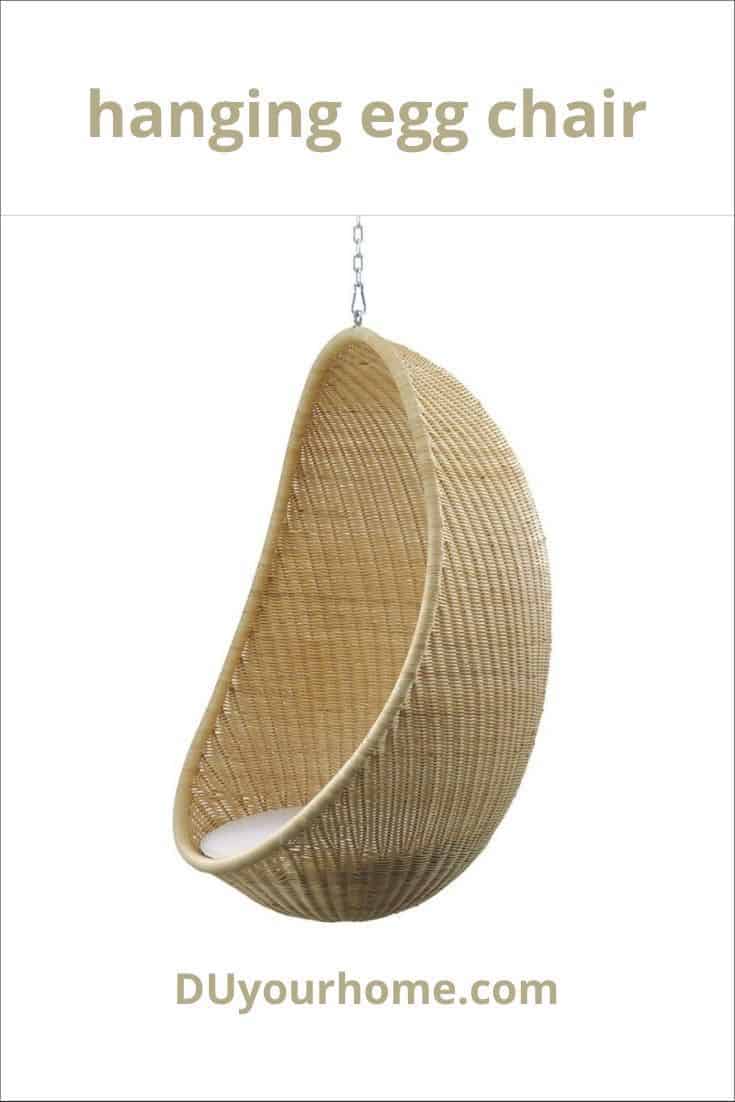 The big Change – The Chair – Kennedy vs. Nixon

Another chair which, ironically, is less famous but did reach dizzying heights in 1960, was the Hans Wegner chair.

John F. Kennedy and Richard Nixon each sat in one during their infamous 1960 TV debate, which Nixon lost – because he didn’t have any make up on and looked like a pale sweating loser. Kennedy was newly bronzed. 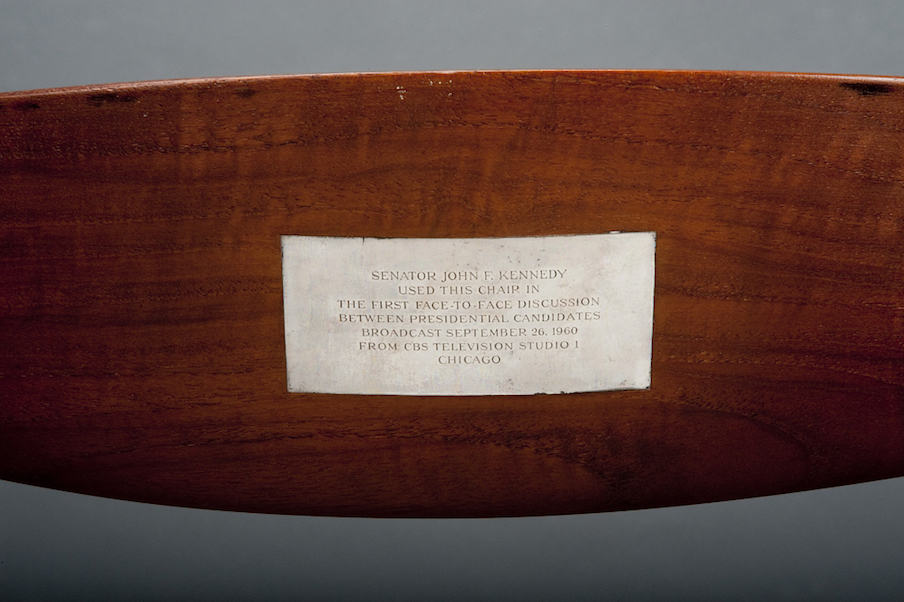 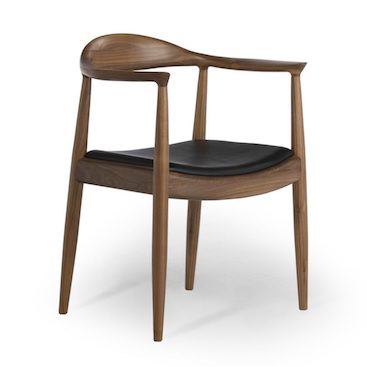 The chairs since went to the National Museum of American History with an engraved plate at the back.

As a result, Americans began to appreciate the Scandi modern look and Arne Jacobsen’s designs have ended up up in US museums.

Now known as simply the Kennedy Debate Chair or The Chair, it was designed along “pure” lines in a bid to make one piece of furniture where legs, armrest, back and seat all in one. Perfectly minimalistic.

For more on how to make a difference with your minimalist home read also our blog Minimalist Decor Style: How to Add Colour to a Room.

Another Change in Scandi Furniture – The Trinidad

When you land at the airport in Denmark this is one of the first design icons you’ll see….the Trinidad Chair.

It’s a corporate must-have, which makes most private offices and public spaces in Denmark such as airport lounges painfully chic.

But the stunning chair – a dream to sit in, by the way – almost didn’t happen. 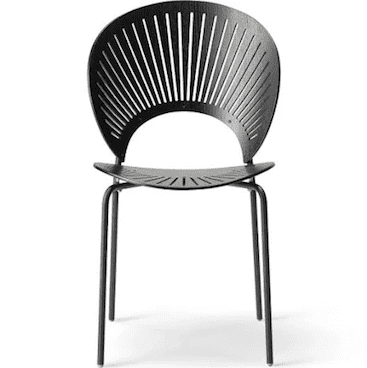 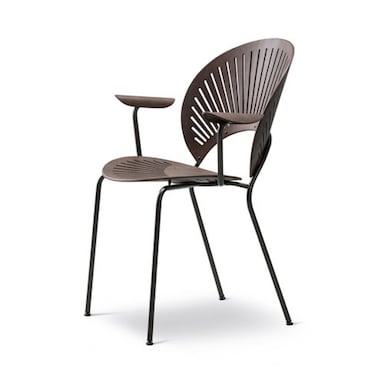 Danish designer Nanna Ditzel finished the chair as recently as 1993, but for decades she had a dream to complete the design, or something similar.

But the technology wasn’t ready or available in Denmark until the 90s. Her idea came during a trip to the Caribbean island of Trinidad where she became fascinated by the shadows cast by the intricate designs of the island’s buildings.

Ditzel described the buildings as ‘not particularly beautiful’, perhaps fussy. But she absorbed the patterns and transformed the look into a Scandi pared-down version through her chair which gave us a modern day classic. 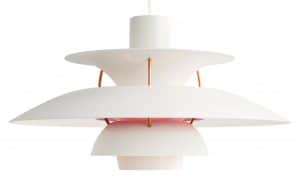 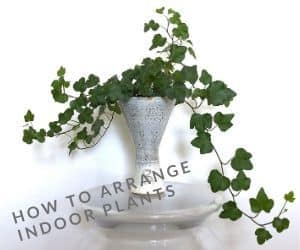 We recommend products and ideas based only on our own experiences or fitting in with the Scandinavian aesthetic – DU is a participant in the Amazon Services LLC Associates Programme and therefore earns a small commission from Amazon on a sale at no extra cost to you.