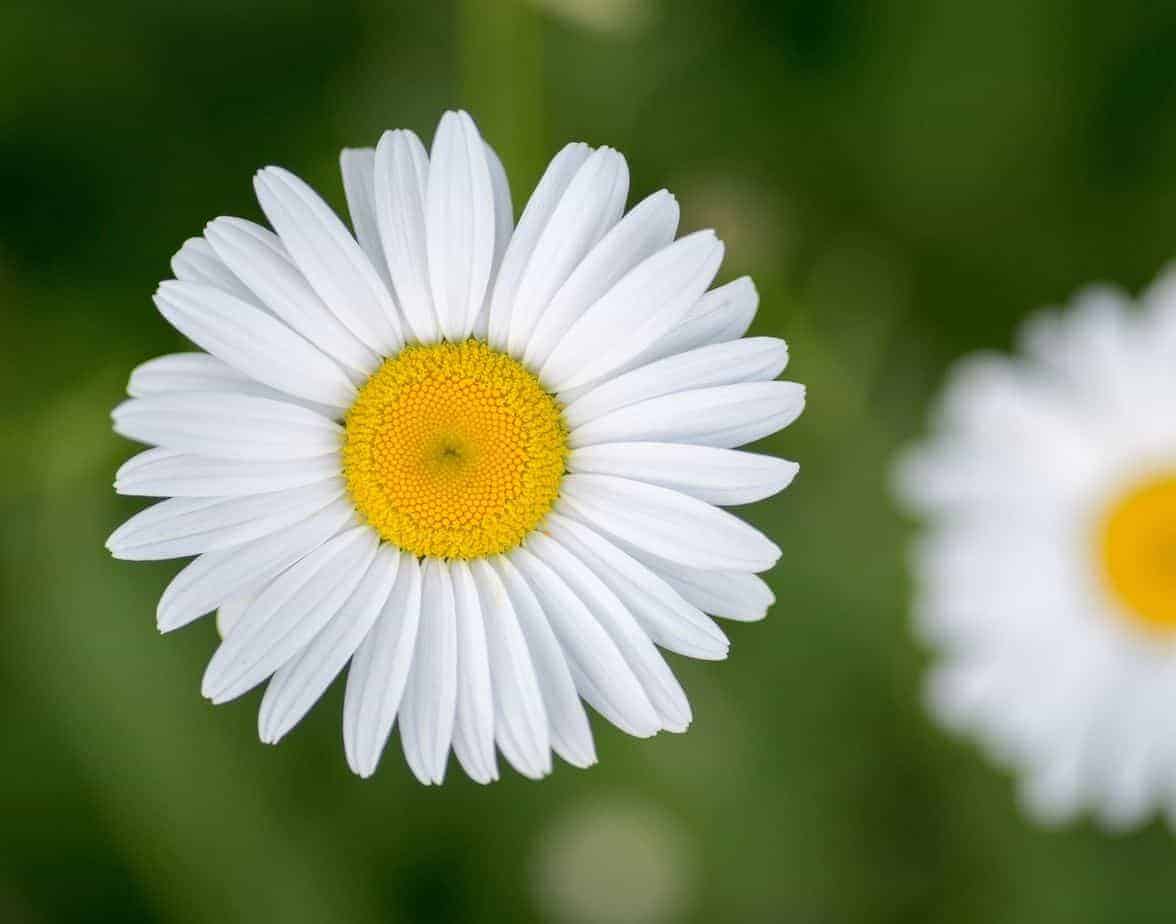 Scandis use lots of wood when making furniture – bringing nature into the home. So it is with flowers. For some people flowers serve to decorate their home. In indoor Garden Ideas we show how most Scandis bring the outdoors inside with flowers and green plants. Floral decorations in the home are about feeling cosy (Hygge) and connected with the simple things in life. This taps into news that sales of houseplants are booming – particularly among Millennials:

Houseplants have become fashionable and large retailers and online plant boutiques have sprung up everywhere. So it is in Scandinavia. But while beautiful plants such as roses are popular, our ‘national’ plants are less glam.

The Danish ‘favourite’ flower is the simple marguerite, or Daisy flower. The Daisy features in many aspects of Scandi design. Danish jeweller Georg Jensen has a range of Daisy earrings, rings and pendants. Those are regularly worn by the Queen of Denmark, Margrete II, whose nickname, incidentally, is Daisy. Here we pick a handful of Scandi favourites, which feature in many Nordic homes. 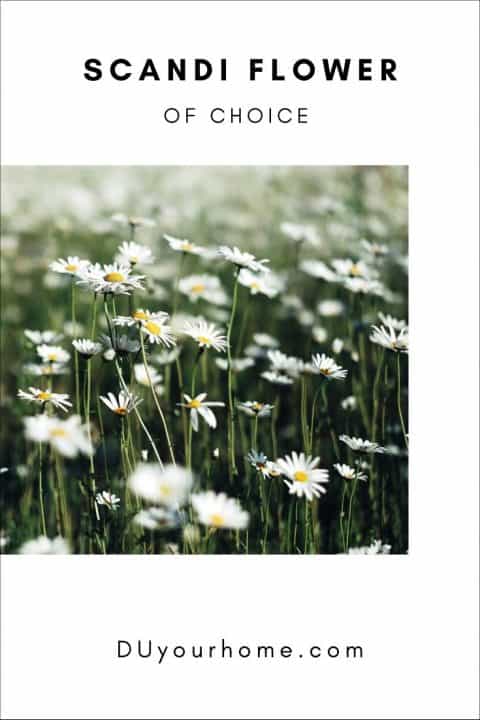 The white Marguerite, or Daisy, flower is not officially the Danish national flower – but in the hearts and minds of many Scandis it is the plant that most represent our culture. Every girl grows up having made bracelets and necklaces out of the white flower – picking off the stem and stringing the crowns together. And, as mentioned above, the Danish jeweller Georg Jensen has not been slow to create a collection of Daisy rings, earrings, necklaces and pendants.

A regular gift for teenage girls getting confirmed or graduating from college is a pair of those Daisy earrings by the Scandi superbrand. The charm of the flower is it grows wild in people lawns and fields and along highways. It’s accessible, free and glorious in its simplicity – perfectly sums up the Scandi aesthetic. The flower has several names from common daisy, oxeye daisy, dog daisy, moon daisy, but its official name is the leucanthemum vulgare fore the white petalled variety with deep yellow centre. In southern Sweden they call it the Vicar’s Collar.

The peony flower – called Bonderose in Danish, or Farmer’s Rose, which is a surprisingly snooty way of suggesting it is inferior to a ‘real’ rose – is rather a connoisseur’s flower in the Nordic countries. When in full bloom it may not be as attractive as a rose – but for the couple of days as it is just about to open its petals, it is more beautiful by far. In fact, the peony rarely lasts a fortnight in a vase, and starts to drop its petals after a few days. We’ve seen peonies bloom in the space of an afternoon.

The Danish writer Karen Blixen made the peony famous 100 years ago in Africa when she tried to import a white peony bud and grow it in the Kensyan soil – without luck. As with everything Scandinavian, when arranging peonies in a vase, it is done with precision and with just enough to call it a bouquet. So velvety and intriguing is each flower that few are needed to create the wow factor – as illustrated above with just three reaching full bloom and one bud.

The Daisy flower (or Marguerite) and the peony are hugely popular in the Nordic countries. The former is “the people’s flower” while the latter is the precious, pricey flower.

Another Scandi hit is the low maintenance marigold flower which is seen in most public and private gardens. It is not known for its beauty, though – it isn’t overly attractive, although the bold yellow and orange lift the mood.

It is known for its strong musky scent and are often used as notes in fragrances – ironically, as the fragrance is an acquired taste – it all adds something entirely different to any garden space. In this case it is mainly an outdoor plant, but will last as long as the peony indoors. 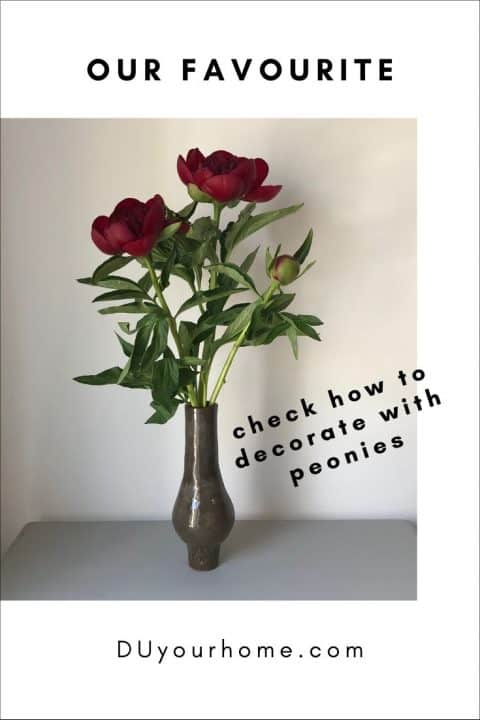 Heather is an outdoor the Nordic people truly connect with. It lines our beaches and is an integral part of our growing up. So many happy, summery memories are tied up in this plant we have to have it indoors as well. And although it doesn’t thrive indoors – it starts to fade and wither (no matter how much you water it) and drop its mini leaves after a week or so, the thrill of having the plant and all the memories it brings back makes it worth it.

And heather looks fabulous in a pot. Potted heather is part of the Scandi Boho chic look – a must on the kitchen table or in the window. The stunning purple and creamy white heather looks fantastic in a ceramic jar (as above) or in a pot on the table as below, against a pale background.

Keeping it simple is the golden rule. Team busy, opulent, wow furnishings with natural looking flower arrangements, and vice versa. Floor sweeping curtains and period furniture paired with simple heather in a tin pot – as pictured below – or minimalist, white decor with functional furniture teamed with massive, colourful flowers in a striking, high quality vase. That’s the Scandi way or layering the look and making the home feel homely, while aesthetically pleasing.

At home there is no difference between day and evening flower arrangements – less is almost more…as long as it looks natural. Nordic garden centres are brimming with floral decor ideas. However, there is a difference if the flowers are for business or social in a business context. Here it’s perfectly acceptable to go over the top, be rather flashy in the way flowers are presented. 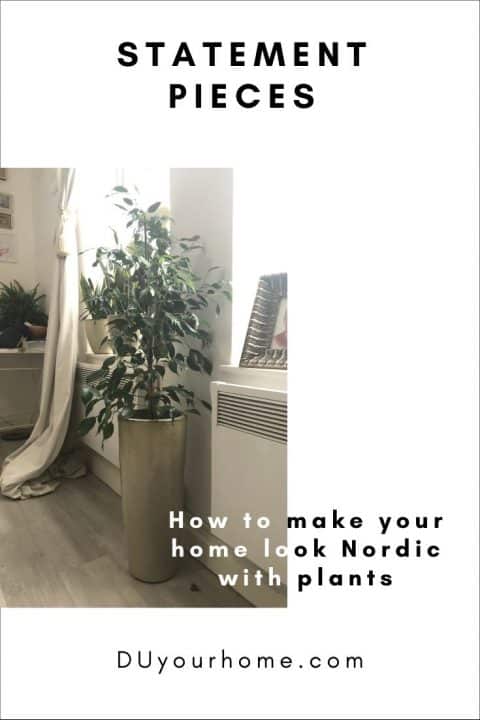